The Natural Climate Change of Iceland 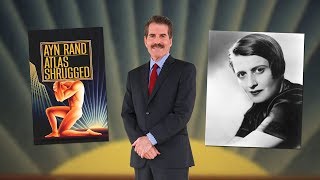 The Natural Climate Change of Iceland

Before you can understand the future, you must first understand the past. The answer, as to whether man or nature is the leading cause for climate change, may be revealed by assessing one critical turning point in history. It was not until after mid-20th century that human CO2 emissions began to rise. As a sign of the importance of this turning point, CO2 has now become the center focus of all government actions to fight climate change. All climate taxes, all government grants and carbon credit schemes are based on CO2 being the climate culprit, and in addition all IPCC climate models also assume that CO2 is the main driving force for the climate change. Comparison of climate trends before and after this turning point in human emissions is therefore a key in finding the answer to the most burning question of our time.

However, the answer the Icelandic meteorological data gives, is misleading. When the CO2 emissions began to increase after to mid-20th century, Iceland became much colder, glaciers began to grow and advance, and did not begin to retreat until 40 years later when the climate warmed up again. This contradicts the CO2 theory, but there is a possible explanation. The weather fluctuation due to natural oscillation in ocean currents around Iceland may be so large that it dwarfs any influence that CO2 may have. Since year 2000 when the Gulf stream reached back the maximum warming peak of its 70 year warming and cooling cycle, the average yearly temperature measurements in Iceland were slightly higher than they were 70 years before when the previous warming cycle peaked. Therefore, a slight overall warming trend is indicated by the weather data. (Figure 5 – black line)

This is still only half the story, because weather stations are usually not suited for such a long term accurate weather comparison and comparing weather data across centuries can be tricky. The equipment has changed, the measuring method has changed, the measuring frequency has changed, time of day that temperature measurements are done has changed, the locations of the weather station have often been changed and the environment around the weather station has often changed. All these changes create errors that have to be corrected for such a long term comparison, and with each correction the inaccuracy increases. In Iceland two of these errors have never been corrected. The white paint that is used on thermometers today absorbs more light than the whitewash paint that was used in the old days, which can increase the latest temperature trend. Growing urban development around the weather stations, is another effect that influences some weather stations by causing them to gradually warm. Normally the weather stations are first located on the outskirts of a town, but as the town grows, snow accumulation and humidity evaporation decreases, shelter from wind increases, and the thermal radiation from structures like asphalt, and heated buildings also increases. Unfortunately, neither of these errors are random, as they systematically increase the most recent temperature measurements.

Figure 2. The glaciers in the Westfjords melted long before human emissions began to rise.

Direct weather measurements are not the only information source of past climate. The glaciers also have a story to tell. The benefit of the glaciers´ story is that their temperature measuring method depends on the melting point of ice which never changes and all the glacier are located far away from influence of urban development.

The first interesting glacier story occurs in the Westfjords of Iceland (figure x) In the middle of the 19th century, the glaciers in the Westfjords had reached their maximum size. Old maps from that time, show the Gláma highland as Glámujökull (Glama glacier) and Drangajökull (Dranga glacier) was about five times its current size. On a map from 1934 Glámujökull no longer exists and Drangajökull has retreated to almost its current size. Even though later research has shown that the full extent of these glaciers did not fully comply to our modern understanding of what a glacier is (i.e. ice that is thick enough to move by its own weight), the old Icelandic map history tells us a story of excessive warming that occurred in the area. All of the warming was natural as it occurred before human emissions increased.

Another interesting glacier story is told by the historical tracking of front end of moving glaciers, called glacier toes. Since 1930, accurate statistics have been kept on the number of Icelandic glacier toes that are advancing or retreating. In 1930-1960 most glaciers were retreating, then they began to advance from 1965-1995 and retreated again after that. (figure 3)

It is interesting to compare the temperature measurements from the two glacier retreat periods. During 1931-1945 and during 2001-2015 the exact same proportion of the glaciers were retreating and glacier volume estimates from those warm periods indicate that the glaciers were melting at similar speed. In a simplistic comparison one might therefore expect the temperature to be the same during both periods. But temperature measurements show that the temperature was on average 0.36°C higher during the latter period. How can this be? These are the same glaciers and the melting point of ice has not changed. If anything, one might expect the climate needed to be warmer during the earlier period in order to be able to halt the advance of the glaciers, which at that time had much heavier ice mass on them to push the advance. Could it be possible that the error of the weather stations was this great?

The summer and winter climate stories

Figure 4. The summer temperature in both warm periods is identical, while the winter temperature has increased considerably. (Reference: All 14 weather stations from https://www.vedur.is/vedur/vedurfar/medaltalstoflur/#lengri )

The summer measurements (Figure 5 – red line) show that the summers in Iceland have not warmed in 90 years. The rate of the recent warming before 2000 is even small compared to the warming that occurred in the 1920s, when the rate was 2,5 times faster. That earlier warming was driven by natural changes as it occurred long before the turning point in mid-20th century when human CO2 emissions began to rise.

The winter temperature fluctuated much more (Figure 5 – blue line). The warming of the winters began already in the 19th century and after the mid-20th century turning point when human caused CO2 began to rise, the rate of warming of Icelandic winters slowed down. Most of the warming occurred in the northern part of the country and it appears that the northern wind has gradually become warmer. This correlates with the trend that the April extent of the sea ice at the east coast of Greenland (Vinje-number) has receded by a third during since late 19th century. An explanation based on a natural phenomenon that has nothing to do with CO2, may therefore exist explaining why Icelandic winters have warmed.

Figure 5. The Summer in Iceland has not warmed for 90 years. The winter began to warm in 19th century but is warming at slower rate since CO2 emissions increased. (Reference: 223 weather stations from Icelandic Met Office)